@Do you have questions?
There are many answers below with training dates and fees.  Or call!

Click here for tuition and special discounts, like our early bird and active college student. Or call, Dr. Barbara Manousso at 713/557-1010.

ZOOM live: we are doing business, family, and divorce mediations with interactive/real time course training  online.  Call us at (713)557-1010 text/talk!

For the best in mediation training, select a mediation training program with proven leadership and lecturers who identify themselves with academic credentials and professional standing, like the staff of Manousso Mediation and Arbitration, LLC: Solution2Conflict, who are actively engaged as practitioners and leaders in the mediation and ADR field.

Have you listened to Manousso Musing on PodCasts or YouTube?

Make sure that your trainers meet the qualifications for and are members of professional mediation organizations, such as Texas Mediators Trainers Round Table (TMTR) and Texas Credentialing Association, or you won’t be getting a quality training.

Manousso Mediation and Arbitration, LLC. is an accredited sponsor of continuing education credits (CEU), approved by the State Bar of Texas, Committee on MCLE, as well as other professional organizations, such as CEU for CPA, LPC, and HR.

All classes will be ZOOM live and interactive. Students must be ON CAMERA and attentive for the whole program for certificate and MCLE/CEU affirmative.

the four (4) hours required by Texas statute for $150. (This Domestic Violence training is INCLUDED in our Advance Family 30 hours of training above.)

If you have taken the 30 hours of Advance Family training, but only need this DV-4 hours, then register under Advance Training dropdown button.

DV only class will be held on Friday, March 3rd, 2023, from 1 PM until 5:00 PM. Please send an email note with your name to mediation@manousso.us with Subject: Domestic Violence Certificate

ZOOM live and interactive: Sign up for this and Advance Family at the same time and use the early bird discount (SAVE $$$) for both classes

In 2023, April 14th, and Saturday, April 15th, from 9:00AM until 5:30PM, daily.
AMICUS training: The PCF skills are excellent for Amicus attorneys in communicating with high conflict clients.

Note our NO refund policy, once you have paid for a training, but you can always reschedule online classes with a rescheduling fee of $150.

Our classes can be taken in any order, although you can't mediate until you meet all the requirements of Texas statutes.

Check out Manousso Mediation and Arbitration on Yelp 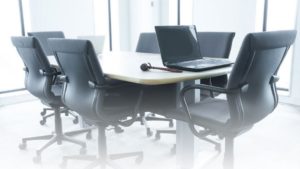 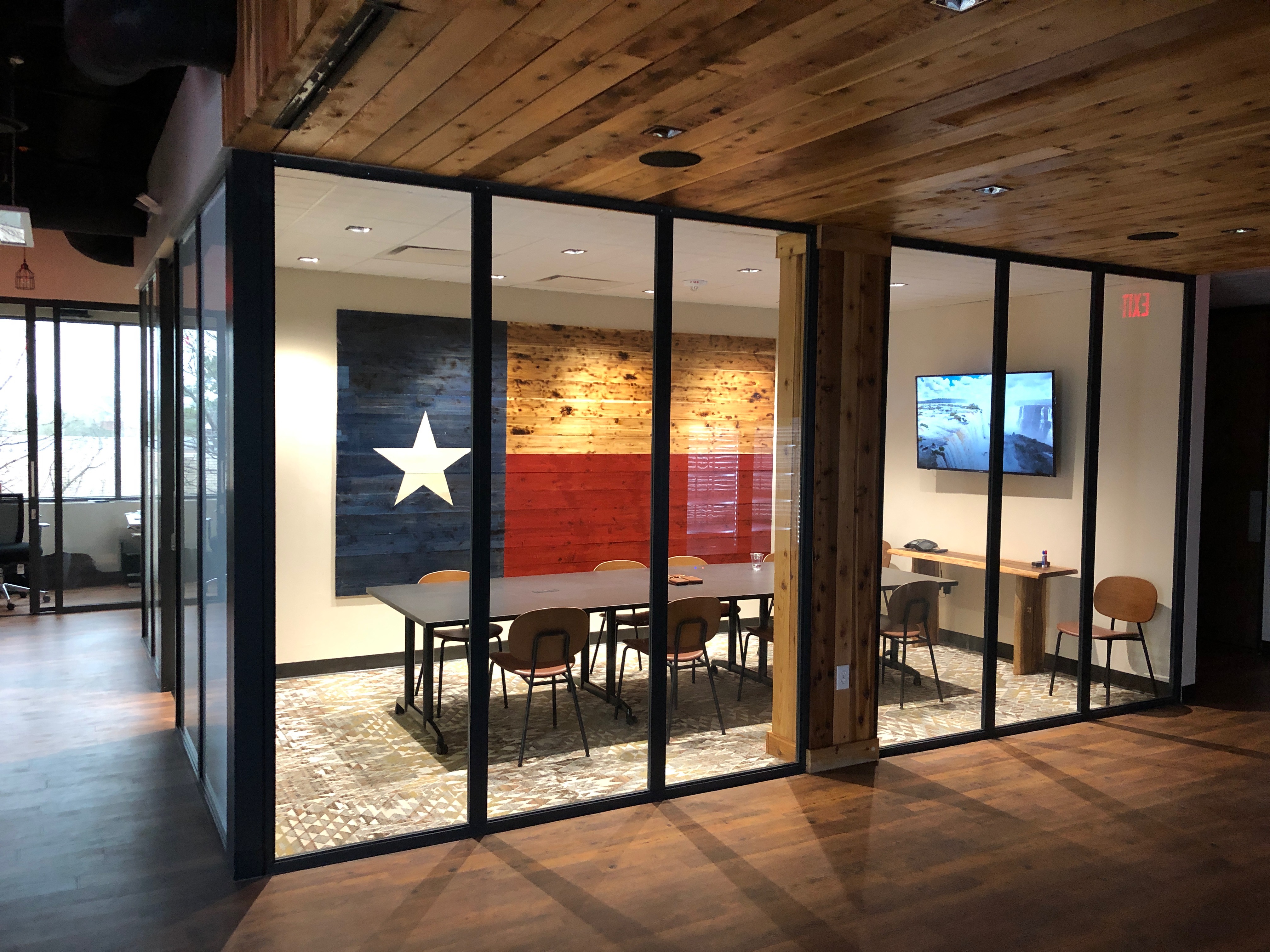 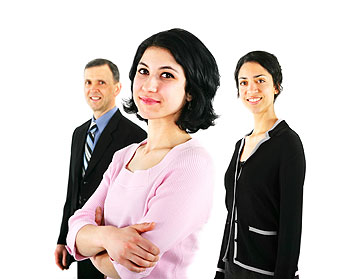 This course is complemented by lecturers from Manousso Mediation and the Houston Better Business Bureau, internationally through ZOOM!

This arbitration training covers communication practices during hearings and meetings and in writing arbitration awards.  You will learn the format and process of opinion writing, as well as theory:

This ten hours training will be held from 9:00 AM until 6:30 PM on ZOOM with an assignment.  Included in tuition is your certificate and notebook,

This course does not meet the requirements for Texas Tax Code Sect. 41A.06 through the Texas Comptroller’s real estate tax program, but it meets and exceeds all other requirements for arbitration programs, especially the Better Business Bureau’s consumer and the AutoLine programs, as well as FINRA, Texas Department of Insurance, Federal Surprise Billing, Texas Education Agency, Family-Divorce cases, Federal, City, County, and all other national and international arbitration panels and opportunities.

Expand your ADR horizons!   Most arbitration panels prefer that the arbitrator also has 40 hours of basic mediation training.

Arbitration, a form of alternative dispute resolution (ADR), is a legal technique for the resolution of disputes outside the courts, wherein the parties to a dispute refer it to one or more persons (the “arbitrators”, “arbiters” or “arbitral tribunal“), by whose decision (the “award“) they agree to be bound. It is a settlement technique in which a third party reviews the case and imposes a decision that is legally binding for both sides.[1] Other forms of ADR include mediation[2] (a form of settlement negotiation facilitated by a neutral third party) and non-binding resolution by experts. Arbitration is often used for the resolution of commercial disputes, particularly in the context of international commercial transactions. The use of arbitration is also frequently employed in consumer and employment matters, but there arbitration is not voluntary but is instead imposed on consumers or employees through legislation or adhesion contracts, denying individuals their right to access the courts.

Arbitration can be either voluntary or mandatory (although mandatory arbitration can only come from a statute or from a contract that is voluntarily entered into, where the parties agree to hold all disputes to arbitration, without knowing, specifically, what disputes will ever occur) and can be either binding or non-binding. Non-binding arbitration is, on the surface, similar to mediation. However, the principal distinction is that whereas a mediator will try to help the parties find a middle ground on which to compromise, the (non-binding) arbitrator remains totally removed from the settlement process and will only give a determination of liability and, if appropriate, an indication of the quantum of damages payable.  For more information, click here. 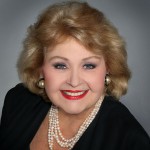 Barbara Sunderland Manousso, Ph.D., MPH, a Texas Distinguished Credentialed Mediator, has been arbitrating since 1993.  She has served on a variety of arbitration panels as a solo arbitrator or member of a panel for city, state, and federal contracts.  She also arbitrates as a consumer arbitrator and specializes in medical cases. 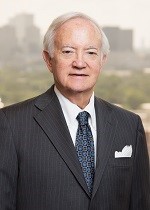 Judge Alvin Zimmerman, J.D. having served as Judge of two different district  courts in Harris County (the 309th Family and 269th Civil District Court) has been involved in over 500 arbitrations in which he has been a solo arbitrator, a member of a panel and chair of the panel. These cases range from pro bono small fender bender, to complex cases involving multi-million dollars in damages.
The subject matter has included health law, contracts, employment, family law, securities, insurance, personal injury etc.  He is a Fellow in the CIarb, American Academy of Matrimonial Lawyers (and passed his written exam for arbitration in both organizations), and a panelist on complex matters for the American Arbitration Association, and he also serves with CPR. 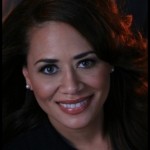 Judge Josefina Muñiz Rendón, JD  is a 1976 graduate of the University of Houston Law Center and has been a third party neutral for over 30 years as judge, arbitrator. or mediator. In 2008, she was elected Judge of the 165th Civil District Court in Harris County, Texas. Prior to that she had been a Judge for the City of Houston Municipal Courts (1983-2008) and Vice-chair of the city’s Civil Service Commission (1980-1983).  Rendon is past president of the Texas Association of Mediators.  She mediated and/or taught negotiation for the U.S. Air Force, Army, and Navy as well as for several federal agencies until shortly before she became the Judge of the 165th. Between 1993 and 2008, Judge Rendon mediated well over 1,200 disputes predominantly in the areas of employment, family, and personal injury law. Rendon is a published author of over 100 articles and book reviews as well as a frequent speaker in the areas of conflict resolution, diversity, and law.  She was editor of The Texas Mediator, a legal columnist for La Voz de Houston and an editorial board member of both the Texas Bar Journal and The Houston Lawyer. Born an American citizen in San Juan, Puerto Rico, Josefina has lived in Houston, Texas for over 40 years. 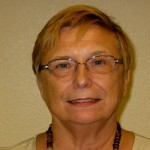 Constance K. Acosta, J.D.   Connie’s practice area covers a wide range of disciplines, including 16 years experience commercial litigation and 18 years of experience in employment litigation, arbitration, grievances, and municipal law. Connie has 7 years experience in administration, management and social welfare. Connie has experience as a negotiator with municipalities, police departments, fire departments and emergency medical services. Connie obtained certifications in Mediation: Basic, Advanced Family Law and Advanced Elder Care, Arbitration – Hearing Examiner, Collaborative Law Attorney, and Guardian Ad Litem. Connie is a Member of the Governmental Section of the Firm, which acts as City Attorney and outside litigation counsel for various municipalities. Connie is also a Facilitator in Alternative Dispute Resolution and Conflict Resolution, and Trainer in all aspect of employment law.